To stretch myself creatively, I have been sketching and drawing.

I started with a book called Basic Drawing Techniques by Richard Box.  It was short and simple. Mostly I appreciated its emphasis on materials. I went out and bought charcoal pencils, conté sticks, graphite pencils, and two kinds of paper. I happened to have oil pastel sticks and colour pencils because of many years' worth of unused school supplies for my son when he was in elementary school. 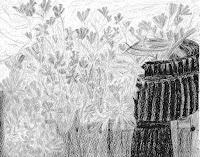 I am not a visual artist and make no claims for my abilities. I do make a claim, however, for the principle of my objective, which is that stretching myself creatively will improve my skills in my chosen specialization, writing.

My interest lies here in multidisciplinarity in the arts: do artists gain strength in some way if they work in more than one discpline? 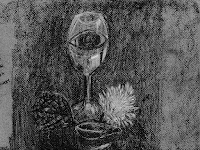 Academics have looked at this question through various points of view.

I have started to look at this idea through the lens of multipotentiality, an educational idea that argues that some students have the potential to excel in in more than one kind of skill. Such people should be encouraged to develop these skills, to be, as Robert Twigger argues in his article "Master of Many Trades," a polymath rather than a monomath.

I could have added to this list. I avoided thinking about high-profile celebrities who put their names on products that they had little hands-on contact with. 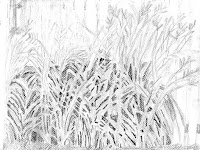 My search for information about these artists made me realize that few artists remain in one genre. Sometimes the genre-jumping is more extreme. Tom Ford's shift from fashion designer to director is one such example. Even within a  genre normally considered to be "one thing," such as drama, shifts in roles can put the artists on different sides of an art form's production and reception. I think of the wide difference between being an actor on stage and writing a stage play, a shift that Sam Shepard made frequently. 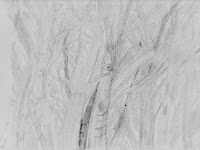 The benefits for interdisciplinarity must be balanced, mind you, with an awareness of the benefits of specialization. In "Creativity and Interdisciplinarity: One Creativity or Many Creativities?" (ZDM Vol. 41, no. 1-2, 2009, 5-13), Jonathan Plucker and Dasha Zabelina review the literature on teaching creativity and conclude that neither a generalist approach nor a specialist approach in education helps students develop their potential in terms of creativity. Plucker and Zabelina define creativity, by the way, as "the interplay between ability and process by which an individual or group produces an outcome or product that is both novel and useful as defined within some social context." To foster creativity, education must allows students to sample both generalist and specialist foundations, since overly general learning does not give enough context for students to transfer their knowledge, and overly specialized learning does not encourage students to look outside the bounds of a narrow discipline.


This area of study will take me more than one post to consider, so expect more on the subject of multipotentiality and interdisciplinarity.
Posted by Vivian at 09:25 No comments: