A poetry reading is taking place during the writer's circle group I am part of. I am here to write fiction. I will sit quietly (alone among poets listening) and write fiction, but in their spirit of creativity I create. I don't usually enjoy poetry readings. Is that wrong? Yes. I will try to enjoy. The poets seems dedicated, and the group is launching a chapbook, so I support them even as I create and ignore them.

Flash fiction, or postcard fiction, is a genre of fiction with a short word-length limit, usually under 500 words, but sometimes under 250 words or 1000 words, depending on the source.

This genre of fiction requires attention to detail and a willingness to compress experience. Short fiction is not easier to write than long fiction, at least for most people. Excess, a sin in some artistic orientations, is nearly impossible in flash fiction. The brevity of this genre makes it attractive to periodical and web publishers.

Finding flash fiction online is not difficult; I suspect the Internet has made flash fiction attractive because of the interest in blogs (which usually have short entries). There is now a national day in the UK (with a contest). A writer for the Guardian chronicles his attempt at generating a series of short short fiction (and he does quite well). 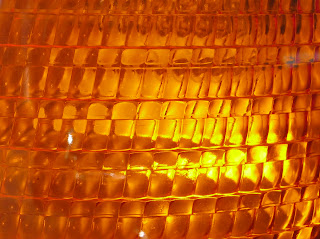 I have downloaded an app called Flash Fiction Prompter that generates prompts. Nothing about the generator makes the prompt more amenable for very short fiction only, but it works. I gave it try and wrote a 250-word story.  I gave my iPhone a shake and got these results:

Character: Male Stripper
Setting: Church
Plot: A character's son or daughter is recruited into a  [the plot description ends here]

Enterr didn’t hear about his son Melvin’s wedding until the day of.  His boss Gina was chatting with him in the break between his nooner routine and his teatime routine, and she said she noticed a wedding announcement in the paper. (She did crossword puzzles.)

"Can't be too many people out there with the last name 'Here,'" Gina told Enterr.

Enterr immediately called a cab and went to the Church of God's Children. The church was in an old strip mall next to a tattoo parlour. The doors were locked.  “So, it is a cult after all,” Enterr muttered.

He waited outside until the doors opened. The first people out were his son Melvin and a woman Enterr didn't recognize. Both wore white robes. A small crowd of guests in church attire followed, throwing rose petals.

He was wearing his teatime costume: a tophat, an unbuttoned tuxedo jacket and bowtie over a sparkling mesh t-shirt with bell-pull tassels sewn where his nipples were. He wore spats with black sequined socks and garters that went up to the tops of his legs, held up at the waist by a silvery belt. He wore a tiny black thong.

After a long silence, Melvin said, “Well, at least you wore a tie.”


A legend has arisen about Ernest Hemingway having written the world's shortest story (see snopes.com about it). To see some flash fiction with less controversial authorship, see http://flashfictiononline.com/main/
Posted by Vivian at 20:00 No comments: